The year is 1905 and Norway is a free country, emerging from an almost 100 year long union with Sweden. The Norwegian nation is debating wether to choose republican government or to remain a Kingdom. A constitutional plebiscite in November 1905 shows a vast majority of the people wishes to remain a Kingdom. The Danish prince, Prince Carl is offered the Norwegian throne, which he accepts. 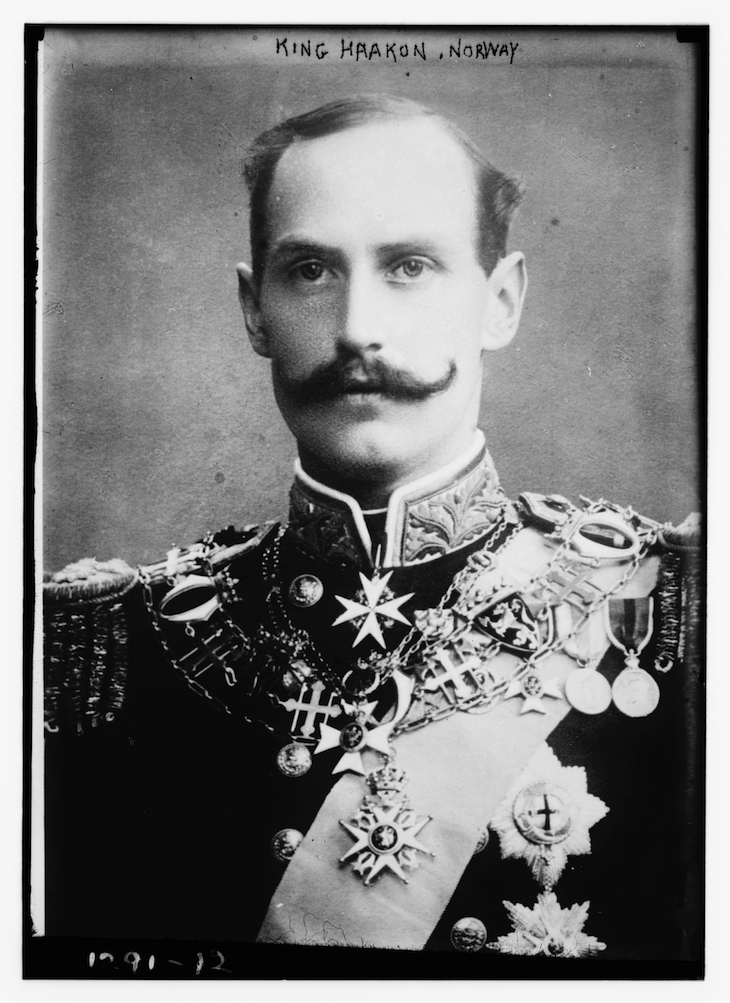 Prince Carl of Denmark was born Prince Christian Frederik Carl Georg Valdemar Axel on August 3rd 1872. He belongs to the House of Schleswig-Holstein-Sonderburg-Glücksburg, a cadet branch of the House of Oldenburg. He is the son of King Frederick VIII of Denmark, the nephew of Princess Alexandra of Denmark, who married King Edward VII of United Kingdom and became Queen Alexandra, and the nephew of King George of Greece, and also the nephew of Princess Dagmar of Denmark who married Emperor Alexander III of Russia and became Empress Maria Feodorovna. 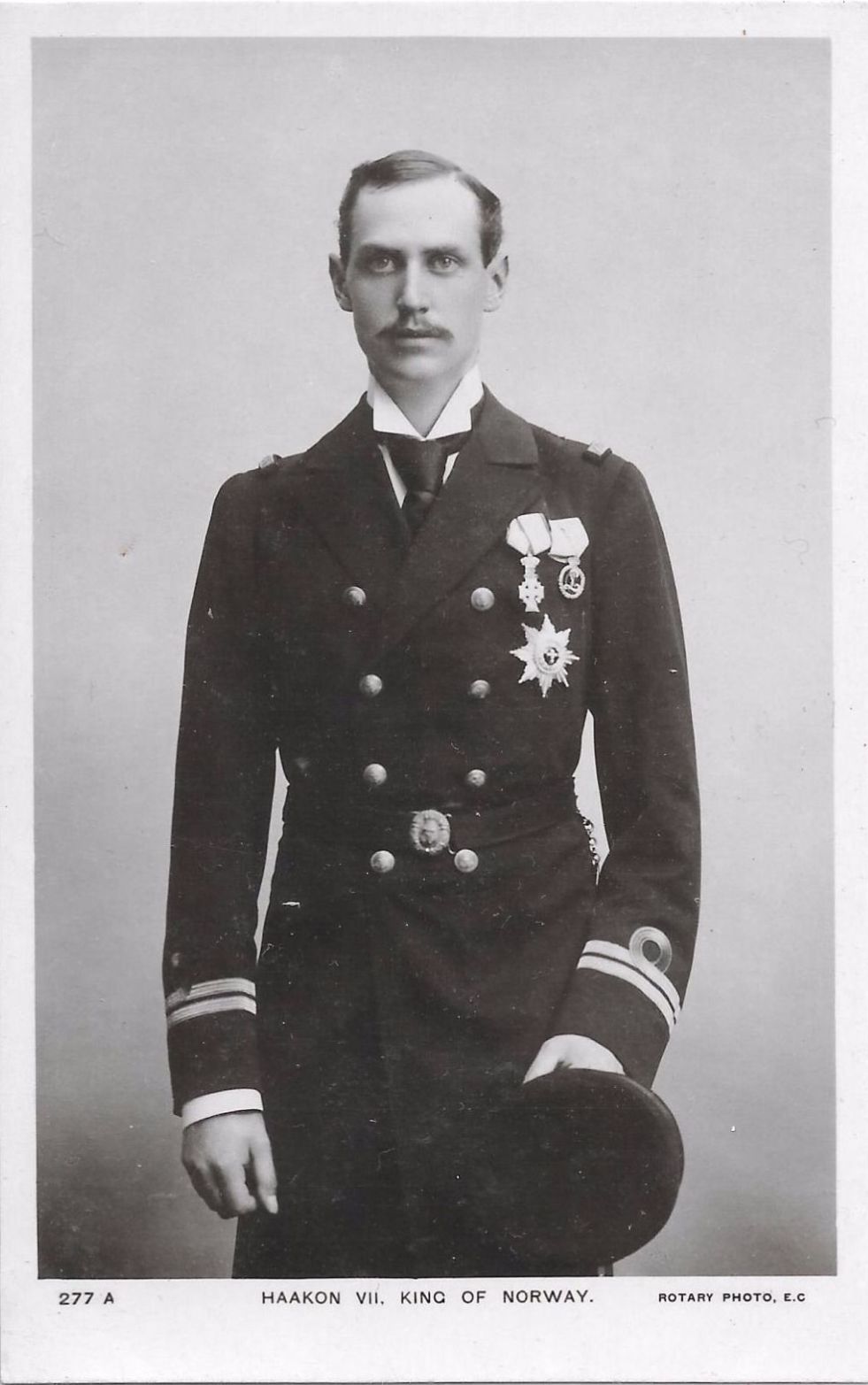 Furthermore, Prince Carl is married to his cousin Princess Maud of Wales, daughter of King Edward and Queen Alexandra. He is thus known in the United Kingdom as Prince Charles. 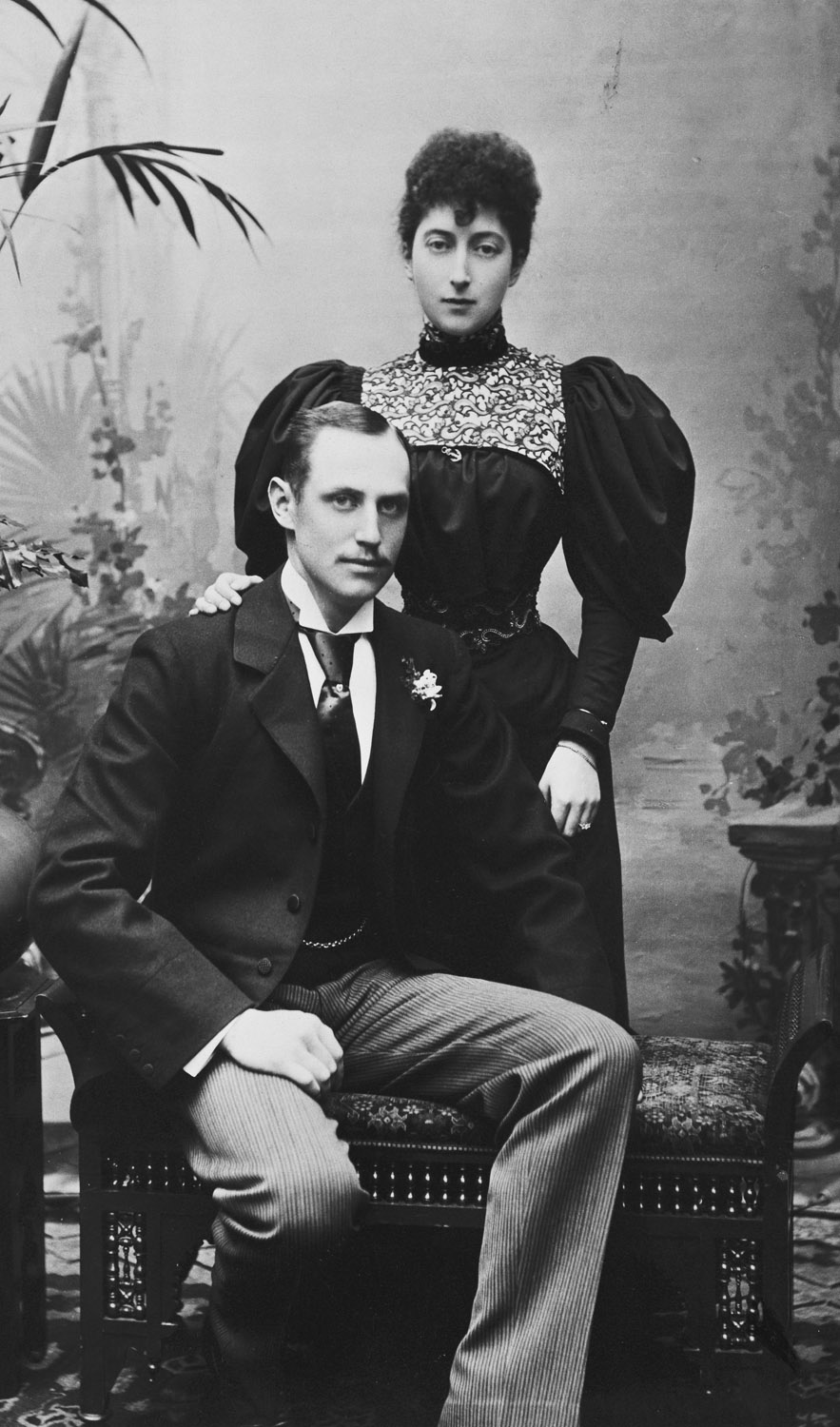 The young couple has a son, Prince Alexander, born in England in 1903.

When Prince Carl accepts the throne of Norway, he immediately embarks on the journey to his new home country. The little family arrives in Oslo on November 25th 1905, and it is announced that Prince Carl takes the name King Haakon VII, a traditional name for a Norwegian king. Prince Alexander is also renamed into Crown Prince Olav, another traditional name for a Norwegian king. 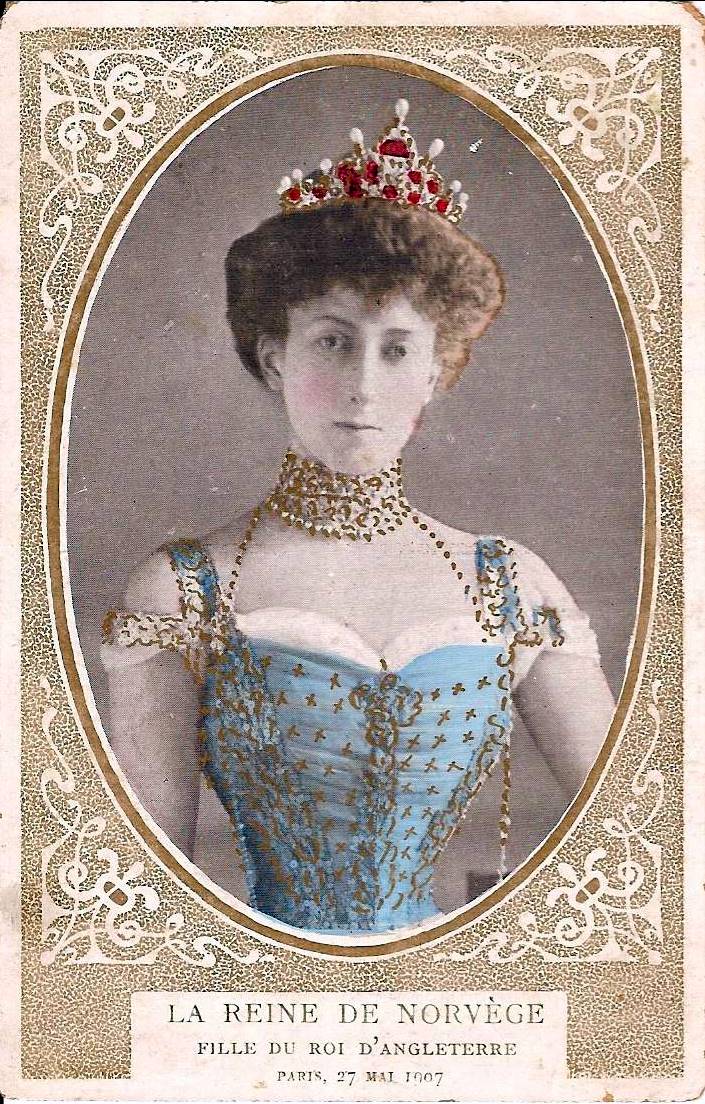 This post is  part of a series of several posts about the Norwegian Royal Family as follows:

I wish to extend a big THANK YOU to Hild-Tove Aslaksen, who has helped find many vintage images of the Norwegian Royal family. She has already contributed immensely to the Pretty Data project, and I’m very happy to be working with her.

If you are curious about my Pretty Data project, and  interested in the Victorian and Edwardian eras, please get in touch, as I’m still hoping to sign up more helpers with my project! Warning: you’d have to be pretty crazy about imagery, somewhat interested in history, and have a (more or less secret) crush on royalty!…lol I have divided the project into the various European countries, so please let me know which country you would be interested in working with. If you are interested in SWEDEN or the UNITED KINGDOM, don’t even think twice, these are the countries I’ll be focusing on next, after Norway 😉

Did you enjoy this post? If you are not already a confirmed follower of Wings of Whimsy, please click “Follow”  to register and make sure you don’t miss any future posts: